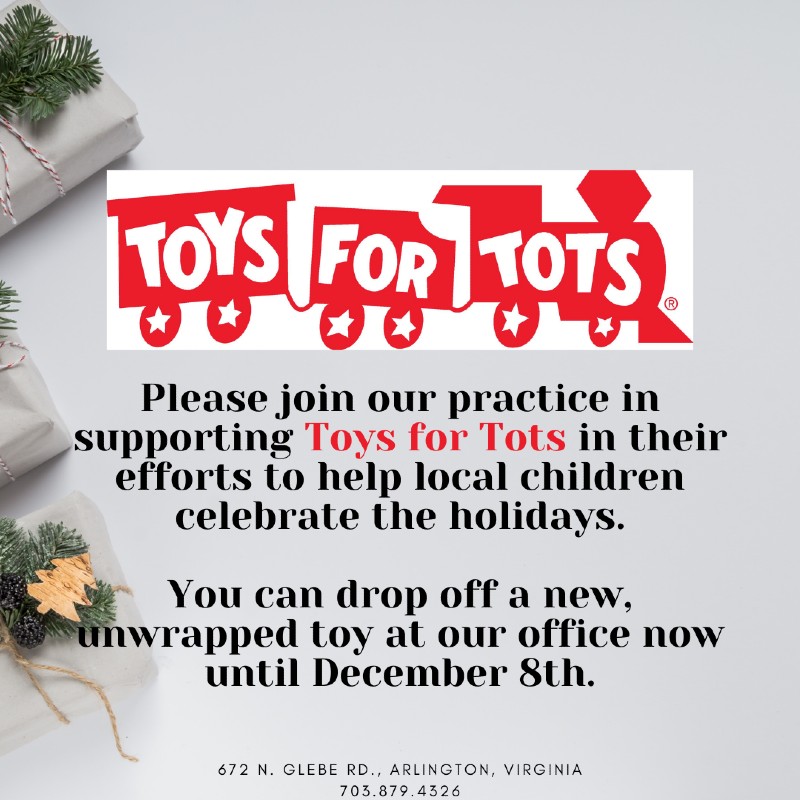 Toys for Tots of Washington DC

Toys for Tots is a non-profit organization that has been around for almost 75 years. In 1947 Major Bill Hendricks of the Marine Corps was asked by his wife to donate some of her homemade dolls to an agency for less fortunate children in Los Angeles, California. Bill could not find an agency so he was encouraged by his wife to start one. That first year Bill and the marines in his unit were able to collect and distribute 5,000 toys. Due to the huge success in 1947, Toys for Tots was implemented in all Marine Reserve sites the very next year. Year after year the agency has grown larger, making it one of the largest non-profit organizations. It is estimated that Toys for Tots distributes an average of 18 million toys to about 7 million children in need annually.

We will be collecting toys for Toys for Tots of Washington DC to help spread the Holiday cheer to local children. Please stop by our office with a new, unwrapped toy any time between today and December 8th.