10 Nov Why does blue light have such a bad rap? 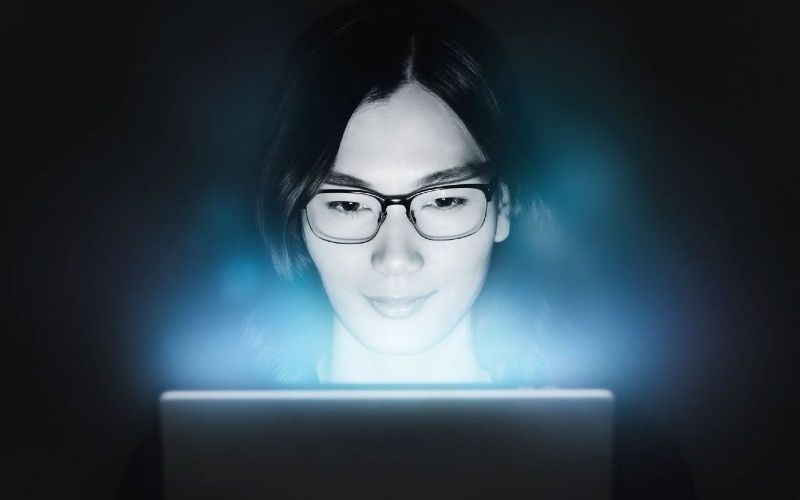 Why does blue light have such a bad rap?

Most people have probably heard about ‘Blue Light’, and chances are what they’ve heard is that it’s not safe for your eyes.  Blue light has been talked about for many years, but more so in the recent past, especially during the pandemic due to increased screen time.

What exactly is blue light?  Visible light can be divided into different groups based on wavelength.  The shorter the wavelength, the more energy the light has.  Blue light has very short wavelength, hence high energy.  It is only slightly longer than ultraviolet, UV waves.  Just like all other visible light, blue light is all around us.  The sun emits blue light, in fact it is the largest source of blue light.  Fluorescent and incandescent lights also emit blue light.  However we are exposed to blue light more than ever now due to the increased use of digital devices and the fact that they use LED technology which emits blue light.

Due to the increased use of digital devices, the harmful effects of blue light has come into question recently.  But first let’s discuss the reasons why blue light is necessary in our lives.  There are certain health benefits to blue light, and one of the most important is regulating your circadian rhythm, which determines your sleep cycle.  It can also help with alertness.  New studies are also finding that the blue light from the sun is beneficial in reducing the risk of myopia or the progression of myopia.  Previously scientists had hypothesized that too much near work caused the progression of myopia in children. But new research findings suggest that short wavelength light plays an important role in preventing the progression of myopia.

If blue light can do so much good, why are we trying to block it with blue-blocking lenses?  Unfortunately there are some adverse effects to blue light.  Age-Related Macular Degeneration, ARMD, is the number one cause of vision loss in people over 50 years old.  Sunlight can increase the chances of ARMD.  However studies have shown that the amount of blue light from LED screens is not powerful enough to do harm to the eyes.  The sun poses a greater risk.

As more research is done, the results show that the biggest adverse effect of blue light from digital devices is how it affects your circadian rhythm. In order to prevent a change in your sleep cycle, make sure to avoid looking at a bright screen two to three hours before bedtime.  If your work requires you to look at a screen, consider using blue-blocking lenses.  At NOVA Optique + Eyecare we use Zeiss DuraVision BlueProtect lenses.  Not only do these lenses block out the blue light, but they also provide anti-reflection.  Stop in for a new prescription and ask to take a look at these lenses.